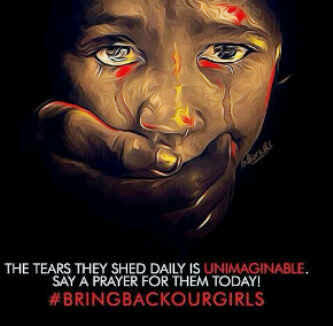 So! Where did we stop? Ah, yes, so we kicked the sitting preacher and his female train out so we could commence with the most important event of the day – our birthday. Just kidding; we did usher them out but not unceremoniously. By and large the preacher soon came to an end of his message and after the prayer the co-ordinator or host, or compere, who was, incredibly, an inmate, stood at the podium to thank the group for choosing to celebrate its Easter day with them. He was very presentable in his well ironed short sleeved light coloured shirt and dark coloured trousers. He had a large sized head which seemed to tilt this way and that when he spoke and I couldn’t help wondering if he were to lean forward to inspect at his shoes, whether he would be unbalanced by his great head and topple over. I shook myself out of my reverie and paid attention. He was in control of his environment and was at complete ease with the congregation, even the presence of the comptroller – di oga of di prizin – did not seem to faze him as I curiously tried to, as he spoke, imagine what it was he had been convicted for. It had to be fraud or ‘sharp practices’ I surmised because the man was obviously a smooth and educated talker. He spoke very eloquently with the very dry sense of effortless humour typical of the Warri and Sapele people of Delta state; he soon introduced our E Taylor to the podium. 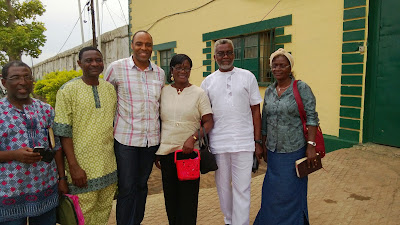 Our man stood up to an uproarious cheer from the entire hall which made Mary and me start, look at each other and turn to observe him more keenly. He walked to the podium, hugged our 'brainy' host, received the microphone, turned around with his head bowed and without saying a word, walked toward us and stopped in front of the comptroller. He began to speak softly, almost inaudibly and began to thank the comptroller,Mr Tunde Ladipo, a very nice, unassuming man with a quiet steely strength about him, for giving him the opportunity to see the people that meant so much him. He began to move towards me and thanked me for taking out the time to make an appearance, moved to his wife seated beside me, took her up by the hand and introduced her to us telling all at the same time that they both shared the same birth date. As he spoke, still softly, making some of us strain our ears to catch what he was saying, he began humming softly to himself inching towards the inmates when he suddenly thrust his right hand powerfully forward and froze as if waiting for a response – it did come. A thunderous roar emanating from three hundred throats deafened our ears. By the time we looked back at E Taylor from the crowd, the sixty one year old man was already crouched in a dancing position as the choir had already struck up the beat that was obviously familiar to everyone else in the hall save us. The man danced with the dexterity of a very dignified P Square duo as the congregation clapped and urged him on. He was such a delight to watch as he cavorted this way and that, making us will the music not to stop. When he held his hands up, too soon if I may add, he began to address the inmates with a fondness that betrayed his beautiful heart as he brought out the reverse birthday gifts he brought them. Even more magnificent than the silver haired titan were the main stars; the inmates and the comptroller himself.

There was a passion in them that could be matched only by children in the way they sang, the way they danced and the rapt attention with which they listened to the various speakers. There was an energy in all of them that reverberated off the walls of the building making us wonder who the real prisoners were; us on the outside or they who were inside, a little reminiscent of Fela A Kuti’s masterpiece “Beast of No Nation” where he questions the veracity of us on the outside calling ourselves free. There was a strange light shining in their eyes, like my grandmother’s goats’ used to whenever their favourite fodder is dangled before their noses, as if every moment they spent in that hall was to be savoured before they were sent back to their dreary enclaves. All inmates, from the most animated to the most docile, seemed to be threaded with the same intense yarn, from the same source and towards a common goal until it hit me, freedom! Freedom was the one thing we from the outside had that they on the inside didn’t. The one thing we took for granted was what these incarcerated men found as priceless as the very air they breathed. It pervaded everything they did; it was in their walk; the nervous energy in their step, their heels barely touching the ground, it was in the way they sang; their faces facing upwards as if waiting to be caught up and away by some invisible force, it was in the roaring ‘amens’ they punctuated the ending of every prayer declaimed and was in the way they followed our every move with their eyes– I suspect my colleague Mary garnered most if not all the eyes in that hall, and rightly so; she is a lovely girl.

I did eventually leave that hall but not before I gave a speech (bowing of course to the venerable Taylor’s gentle prodding), danced till I sweated my shirt darker and had refreshment with the others in Mr Tunde Ladipo’s office. I had in there with strangers, a much better time than I have had out here in years, excluding loved ones of course and as I sit here writing, trying to piece together my thoughts, I ask myself how free I am. Am I making full use of the freedom available to me? What is my freedom for, to ensure that I make my life as pleasurable as I can to the exclusion of others, or is it to make others’ lives better? I find that even with my so called freedom, I am still buffeted from all sides by my obligation to family, friends and society at large, by the desires raging inside me that I fight every single day; desires that fight against the goals I strive to achieve and instead try to steer me towards the very things I abhor. If you ask me, I would say that I think the inmates of that walled prison I visited seem to have a better understanding of the prison they are in than we outsiders do of our wall-less prison out here we carry everywhere with us. I aim to visit that prison periodically even if it is to remind myself of where I am. Have a great weekend everyone!