I really don’t know what the point of driving a new car in Lagos is any more! Good week everybody! I’m in a very good mood this day of our Lord. Why you may ask. Nothing I say, I just will myself to be in a very good mood because I have seen that it is the only way one can frustrate evil in this world. I know what I’m talking about. It’s as if no one has the right to be happy and content. When I’m done hurling lies at you, walk into your office or place of work and loudly announce how ecstatically happy you are. The first question you’d be asked is the source of your joy; is it the lottery, is it a new promotion, great night with the spouse? Say yes to the former and the evil demon invites itself in either of two ways: first, by your invitation. Everyone, feeling it’s their God given right to share in your good fortune, suddenly remembers how close you used to be and so cajoles or compels you to remember you owe them an obligation to share in your wealth in its entirety – until it is spent. Second, you say no. You’ll find out how one mouth can be more deadly than twenty thousand open graves – and that’s the nice ones. The not-so-nice-ones, well, put it this way. You would be well advised to relocate yourself, your family, aged parents from both sides and leave your belongings so they think you’re still coming back – a self imposed exile from your beloved community

Regarding the latter, the great night with the spouse, hmm, Frieda once told me that if ever the topic of our sex life were to come up among her female friends and her, she would lament my total lack of prowess – in equipment and in vigour – in bed. Laughing, I asked her why she would mock me thus to which she replied that when women see something good in their fellow woman’s possession, they don’t want one like it, they want that very thing that’s been tried and tested. To my mischievous nieces and nephew sneaking to read this piece, sex is after marriage and not before! Uncle Kalu was delirious while writing this piece! Office workers reading this know only full well the perils that come with announcing a new promotion too brashly – brandished daggers stabbing from all sides that would make Julius Caesar’s assassins’ humble with respect. Demons everywhere trying to steal your joy. Like I said before, I don’t know what the point of driving a new car in Lagos is any more. 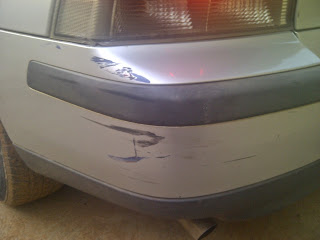 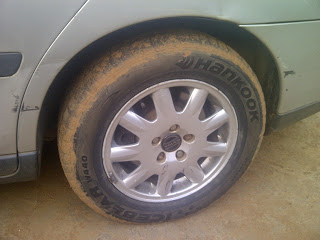 My poor Lola has been bashed and nudged so many times that if all her nudges were to be likened to love trysts, she’d be branded promiscuous or a victim of abuse – which she is. One would simply look at the paint smudges left on her body and count how many lovers she’s had, and from their colours, racially profile them. In fact were I to go to a body shop to give her a paint job, her body would serve as my catalogue to pick one colour out of the many samples on her person. In Lagos traffic, if you don’t go looking for trouble, it will come looking for you: drivers who feel they’re smarter than everyone else and drive into, and block oncoming traffic, LASTMA officials waiting for whom to pounce on, dreaded police checkpoints lurking under desolate bridges, disillusioned people who, beset by society’s numerous pressures, suddenly walk out into the road to be mowed down by you. Thank God the era of street parties are over. Sometime in the past, while it was still in force, I have had it in my head to park near one of the odious parties, surreptitiously tie a rope to the furthest table to me at the other end, tie it to the back of my car, wait till the guests are served food and drinks, and drive off in the opposite direction. It just never ends.

In conclusion I have found that no one has the right to steal my joy no matter what. Being and staying joyful is my prerogative and no one else’s. If you hurt me or annoy me, I would simply take some time out, rant and rave, deal with the situation and mentally go back to my state of joyfulness; it’s all with good reason I tell you. What’s the point of venting your frustration from an earlier accident on an innocent acquaintance who may have the intention of introducing you to some lucrative deal, or you impatiently brush aside some youngster who has admired you all his/her life, scarring them forever? When I’m in Lagos traffic now, I’m very calm, I don’t fret. I simply toss my impatience out the window, reach into my joy and think all the thoughts I haven’t had time think about; what I’d do if I had a helicopter, what if a meteor came crashing down to earth, how best I should play this role or that, what would make a good story, why is the blacked out SUV in front of me bouncing up and down, are there empty bottles in this car should I need to ‘go’? Point is, a positive outcome can never be the offspring of a negative mind so guard your heart with all diligence for out of it flow the issues of life. Have a great week everybody